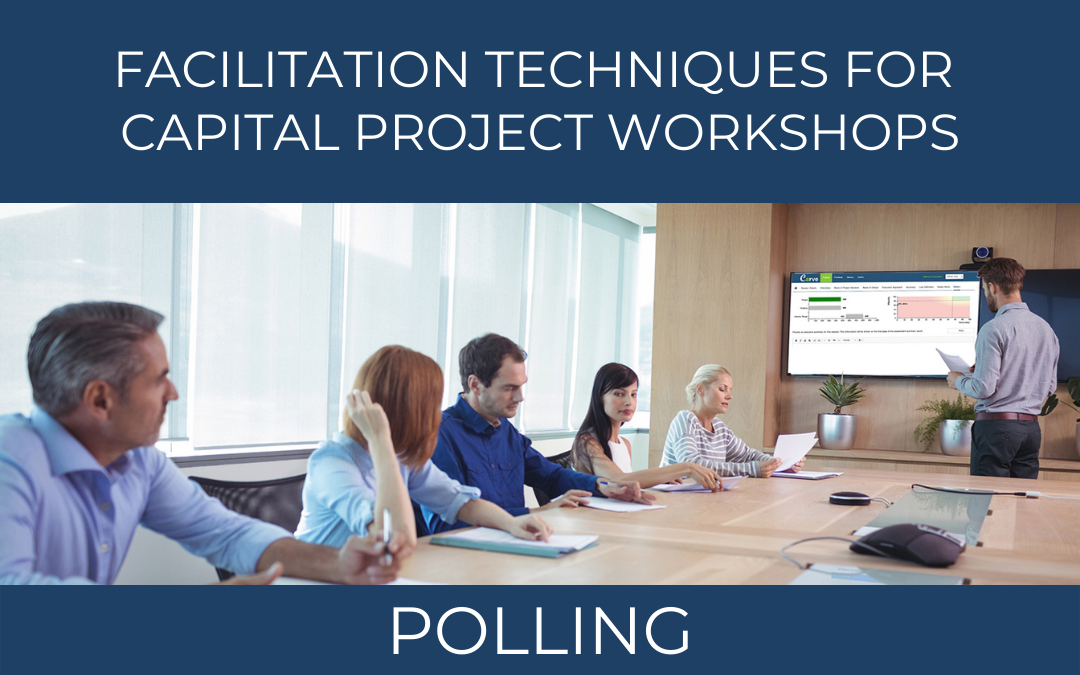 Do you find it challenging to keep meeting participants actively engaged and ensure you have buy-in for decisions being made in meetings?

Often, when a few people are driving a discussion it can be difficult to gauge whether “the silence” in the meeting indicates agreement, or if there are other perspectives that may not yet have been expressed.  An important facilitation skill is to balance out the discussion and provide support to those individuals who may not feel comfortable to express views that they perceive as an alternate perspective.

Polling is a simple technique we use in almost every workshop when we need to break “the silence”, to create a comfortable environment for people to share different perspectives, or even to break the occasional impasse with two strong but competing positions.

Using a PDRI session as an example, polls are very effective in helping to score the definition level of elements.  After the group has discussed the gaps or issues related to an element, conducting a poll helps to quickly identify any alternate perspectives that may not yet have been shared.  The poll may show that the group is closely aligned on scoring and can quickly move on.  However, if there is a wide range of responses the Facilitator can pause and ask for those participants with an outlying response (high or low) to share their perspective.  Polling encourages participants with a different perspective to weigh in on the discussion, thus improving the accuracy in scoring and improving team alignment.

Polling tools have evolved from simple techniques like a show of hands, to more sophisticated response clickers, and today’s online polling tools.  Online polling tools are tremendously valuable to engage virtual participants from anywhere in the world.  Most virtual meeting platforms have basic polling capabilities (Zoom, GoToMeeting, WebEx and Teams).  We’ve also used specialized polling applications including Poll Everywhere which support a broad range of sophisticated polls.  In October 2021, Valency released integrated polling in Carve for PDRI making it even easier for Facilitators to efficiently conduct polls during PDRI sessions.

In summary, the key to choosing the best polling tool for your capital project workshop is to make it as easy as possible for everyone participant to engage, and for your to operate as the Facilitator. 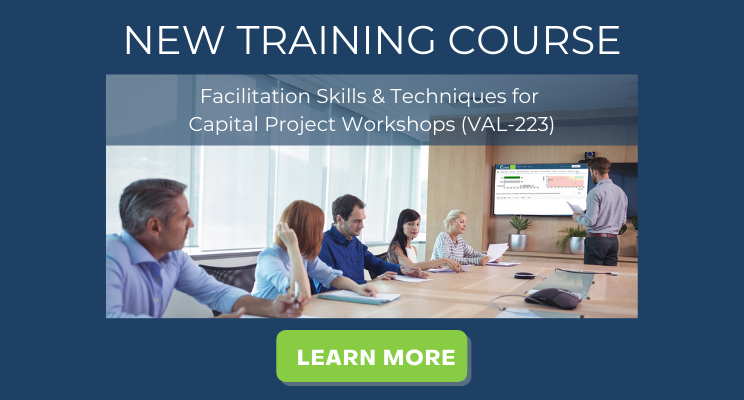